Are you preparing an application for TRANSCAN-2 JTC 2017?

Find out how ECaDE experts can support you with your proposal

Article published in the International Journal of Cancer

The Early Cancer Detection Europe (ECaDE) initiative, led by EATRIS, was born in early 2016 after the successful organization of a high-level stakeholder workshop in Brussels. The workshop was organised in collaboration with Cancer Research UK and brought together key international cancer researchers and funders to learn more about the US NIH National Cancer Institute research funding programme called the Early Detection Research Network (EDRN). The programme, in operation since 2000, funds discovery and development of new diagnostics for the early detection of cancer, and brings together dozens of research institutions, collaborating in discovering and validating biomarkers.

Despite a favourable cancer care and research environment, with strong screening programmes in many countries, the lack of integration hampers the development of new biomarkers for early detection and for accurate identification of non-aggressive lesions. The main conclusion of the 2015 workshop was that there is significant appetite from most European stakeholders to work more closely to improve efficiency of the research and development process in this field.

Drawing from this analysis, EATRIS formed a steering committee, composed of relevant cancer experts and charity funders to develop the ECaDE concept.
Currently in the development phase, the next steps will be to operationalise an effective working model and launch pilot projects. Successful efforts will require commitment from all stakeholders, including academia, research infrastructures, health systems, scientific journals, charity and private research funders and the public to support the process.

By coordinated coherent and long-term collaboration, ECaDE will offer an important opportunity to improve the R&D pipeline, and ultimately the options available for early detection of cancer.

Prof. Gerrit Meijer is a pathologist with a strong and longstanding track record in the field of CRC translational research, including work on biomarkers for CRC screening and prognosis assessment. On top of that he has extensive management experience, both as department chair and as coordinator or executive of several multicenter research consortia. He was the principle investigator of the CTMM DeCoDe project with an 18,5 million euro budget that focuses on diagnostic translational research, i.e. developing laboratory and imaging assays addressing unmet clinical needs in CRC in the areas of cancer screening, primary disease classification and prediction of response to therapy in metastatic CRC. This work is now followed up in the MEDOCC Stand Up To Cancer project of which prof. Meijer is the Dream Team Leader, as well is in a Dutch Cancer Society project on postpolypectomy surveillance of which he is PI. Prof. Meijer was listed on ‘The Pathologist Power list 2015’ with the world’s hundred most influential pathologists.

Jack Cuzick is the director of Wolfson Institute of Preventive Medicine in London and also head of Centre for Cancer Prevention, appointed as the John Snow Professor of Epidemiology at Queen Mary, University of London. He holds a PhD in Mathematics and has previously worked at Oxford University and Columbia University, New York.
His current interests are in cancer epidemiology and clinical trials, with special interest in prevention and screening.
In 2007, he was chosen by Thompson Scientific as one of the twelve hottest researchers in all of science and regularly appears in the Highly Cites researchers’ list. He was awarded the AACR Cancer Prevention Prize in 2012 and the American Cancer Society Medal of Honor in 2015. He was elected as a Fellow of the Royal Society in 2016.
He is the author of more than 500 peer-reviewed papers and has published in all the major medical journals.

Marian Hajduch is the director IMTM and a scientist mainly involved in molecular and translational medicine in the areas of oncology and infectious diseases. In addition to a long-term experience in project management, he led R&D and technology transfer activities, including the construction and management of large research infrastructures. He has been involved as principal investigator, investigator or clinical site manager in 12 clinical trials, and actively participated to the research and/or management of more than 40 national and international projects. Marian Hajduch published more than 250 papers, 23 books and chapters, 23 patents.

He also established one of the major cancer research foundations in Czech Republic, as well as two sister organizations performing early cancer diagnostics within Czech Republic and Slovakia. He has been involved in a spin-off company focused on manufacturing of molecular diagnostics and participated to the creation of a national network for personalized medicine and cancer management policies.

Catherine HILL has been a senior epidemiologist at Gustave Roussy since 2004, after directing its Biostatistics and Epidemiology unit from 1994 to 2004. After earning her MSc in Mathematics at Paris University in 1970, she started working as a biostatistician in the biostatistics unit of the French Institute of Health and Medical Research (Institut National de la Santé et de la Recherche Médicale), and in Institut Gustave Roussy in 1973. Since 1980, she has been involved both in clinical research and in cancer epidemiology.
Her clinical research focuses on the methodology and meta-analyses of trials, and statistical methods for survival data. She has been a past and current member of several data monitoring committees for international trials in cardiovascular diseases, AIDS and tuberculosis. She has been on the advisory board of the French drug agency, and participated in several pharmacosurveillance projects. In cancer epidemiology, she studies long term trends in cancer frequency in France and has been part of a WHO project on the estimation of the causes of cancer in France. She also analyses the current cancer screening practice in France.

Matejka Rebolj, PhD, is senior epidemiologist at Wolfson Institute of Preventive Medicine’s Centre for Cancer Prevention at Queen Mary University of London, UK (2016-). She previously worked as scientific researcher at Department of Public Health of Erasmus Medical Centre in Rotterdam, The Netherlands (2002-2008), as postdoctoral researcher and associate professor at Centre for Epidemiology and Screening at University of Copenhagen in Denmark (2008-2014), and as senior researcher at Department of Pathology, Copenhagen University Hospital Hvidovre in Denmark (2014-2015).
Matejka’s research has focused on evaluation of cancer screening and aetiology using various administrative register and clinical trial data. Her methodological work has been dedicated to providing accurate and transparent evidence for health care. She has international research experience in multidisciplinary and multinational teams and has been a management board member for multiple screening studies, expert advisor to various policy making bodies, and is a member of international cancer screening networks. She is associate editor for BMC Cancer (2010-).

Mangesh Thorat trained in India as a surgical oncologist with special interest in breast cancer. He then moved to Indiana University School of Medicine, Indianapolis (Indiana, USA) to conduct research on breast cancer biomarkers. In early 2009, he joined the Centre for Cancer Prevention at Wolfson Institute of Preventive Medicine, London (UK) where he presently works.
Mangesh is a recipient of ASCO Merit Award in years 2007 and 2008, Wellcome trust Value-in-person award in 2009 and SABCS Clinical Scholar Award in 2015.

Mangesh served as a member of the Cancer Research UK (CRUK) Clinical Trials Advisory Awards Committee (CTAAC), and also serves on the executive board of International Cancer Prevention Society (ICAPS). Mangesh is an Associate Editor for the International Journal of Surgery and an Editorial Consultant for the Lancet. He acts as a peer reviewer for more than a dozen academic journals in the fields of oncology, surgery, prevention, epidemiology and breast diseases.
His research interests include cancer biomarkers, cancer prevention, cancer epidemiology and clinical trials. The main focus of his biomarker research at Centre for Cancer Prevention is on prognostic and predictive biomarkers in Ductal Carcinoma in situ (DCIS), a pre-invasive stage of breast cancer. He is involved in similar biomarker research in prostate cancer as well.

Anton Ussi is Operations & Finance Director for EATRIS C&S. Anton Ussi has a background in engineering and SME administration. He is a specialist in the establishment and execution of strategic public-private and public- public collaborations based on the deployment of high value translational research infrastructure for medicine.
Anton has been co-responsible for the development of several ongoing public private partnerships and spin-out companies, among which the €130 million VU University Medical Imaging Center Amsterdam, and the Dutch Imaging Hub, a public-private translational initiative with Roche-Genentech and three Dutch university medical centres.

Prof. Manon van Engeland is a molecular biologist who obtained a PhD at Maastricht University. She performed a postdoctoral fellowship in the laboratory of Prof. James G. Herman and Stephen B. Baylin at the Johns Hopkins University School of Medicine (Baltimore, USA), during which she developed a strong interest in translational cancer epigenetics. Upon her return to Maastricht University, she started a research group focusing on the identification of DNA methylation markers for early detection of cancer and prediction of prognosis of early stage cancer patients. Prof. van Engeland’s group identified NDRG4 promoter methylation as a biomarker for early detection of colorectal cancer. This marker has been incorporated in the FDA approved molecular marker assay Cologuard, developed by Exact Sciences. She has been involved in multiple international research consortia, such as CTMM DeCoDe, SU2C MEDOCC etc. 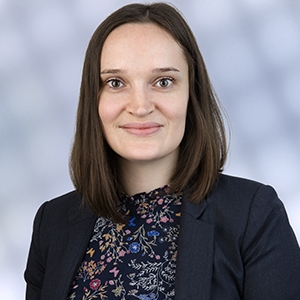