The four-year long RECOGNISED project will study the biological mechanisms that cause structural and functional alterations in the retina in people with type 2 diabetes (T2D) at risk of developing cognitive impairment and dementia. Based around the concept of the eye being a “window to the brain”, RECOGNISED will determine whether evaluating the retina, easily accessible with current non-invasive technologies, could help in identifying earlier cognitive impairment in people with T2D, so that appropriate support can be given.

In recent years there is mounting evidence that type 2 diabetes (T2D) is associated with cognitive impairment and dementia, which can be considered as a “new” long-term diabetic co-morbid complication with dramatic consequences for patients and their families and a significant impact for healthcare systems. At present there are no reported phenotypic indicators or reliable tests to identify T2D patients at risk of developing dementia. Since the retina is ontogenically a brain-derived tissue, we propose that the evaluation of retinal parameters related to either neurodegeneration or microvascular disease will be robust and valuable biomarkers to identify those T2D patients at higher risk of developing cognitive impairment and dementia.

On this basis the overarching aims of the project are:

1) To investigate the common mechanisms involved in the pathogenesis of DR and cognitive impairment in the T2D;

2) To use the retina as a tool to identifying individuals with T2D at a higher risk of developing cognitive decline or dementia.

RECOGNISED will apply innovative approaches to identify the molecular mechanisms involved in the high prevalence of cognitive impairment and dementia in T2D population and will use this knowledge to characterize clinical phenotypes (personalized medicine) based on retinal functional and structural characteristics and serum biomarkers in order to stratify the risk and severity of cognitive decline. Previously collected data from registries, cohorts and biobanks will be appropriately exploited and robust new data will be generated that will guide clinical recommendations and open up new therapeutic strategies. Ultimately, the RECOGNISED project will help to reduce the huge societal and economic burden associated with diabetes-related cognitive impairment. 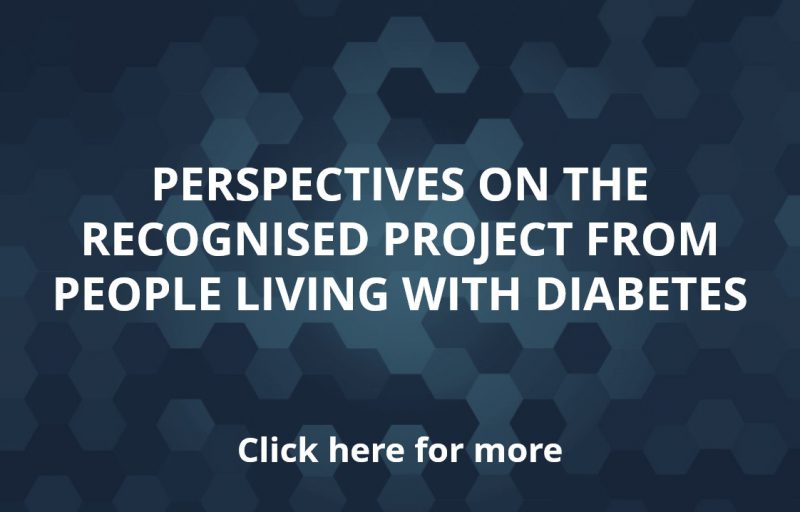 The multidisciplinary RECOGNISED consortium consists of top research leaders in the field belonging to 15 prestigious institutions as well as EATRIS, IDF-Europe and Alzheimer Europe and 3 SMEs.