With the help of NeurATRIS, French node of EATRIS, the French GDR “Microglia and neuroinflammation” offers this mini-symposium on the role of microglia in health and disease.

As microglia were found to play major role in CNS development and interacts with neurons in the healthy brain, an exciting novel way to tackle nervous system diseases is to better understand how microglia during neuroinflammation contribute to neuronal cell dysfunction or death. In this symposium, we propose to apprehend the role of microglial cells in early stage of CNS diseases through various CNS pathological models. The goal is to offer a large enough diversity of speakers to be attractive for a large amount of neuroscientists interested in the fields of microglia, neuroinflammation and neurodegeneration.

More information about the program…

Rosa C. Paolicelli
Department of Biomedical Sciences, University of Lausanne
The many roles of microglia in neurodegeneration

Abstract: Microglia are implicated in a variety of functions in the central nervous system, ranging from shaping neural circuits during early brain development, to surveying the brain parenchyma, and providing trophic support to neurons across the entire lifespan. In neurodegeneration, microglia have been considered for long time mere bystanders, accompanying and worsening neuronal damage. However, recent evidence indicates that microglia can causally contribute to neurodegenerative diseases, and that their dysfunction can even be at the origin of the pathology. In fact, the broad range of physiological roles microglia play in the healthy brain suggest that faulty microglia can initiate neurodegeneration through several possible mechanisms. In particular, in this webinar, we will discuss how dysfunctional synaptic pruning by microglia significantly affects synaptic function, thus putting microglia center stage in the pathogenesis of brain disorders.

Abstract: Perinatal inflammation is the leading cause of neurodevelopmental injuries including periventricular white matter injury (PWMI), in the premature newborn. Brain inflammation alters development through neuroinflammatory processes including activation of homeostatic microglia toward a pro-inflammatory and neurotoxic phenotype causing white matter defect. Investigating immune regulators of microglial activation in model of WMI in mice pups could be an effective strategy to prevent PWMI. We presented here an in-depth analysis of microglial activation and phenotype in our model and an original neuroprotective approach employing 3DNA nanocarriers as a cargo to target these regulators specifically in microglia allowing to alleviate neuroinflammatory processes and improve myelination reducing the incidence and severity of perinatal brain injuries.

Abstract: Congenital cytomegalovirus (CMV) infections of the brain are one leading cause of human neurodevelopmental disorders. Despite their frequency and severity, neuropathogenesis remains elusive and no satisfactory therapy is available. In the past years, studies in rodent models have helped in identifying various possible pathogenic processes that included immune alterations. More pathophysiological insights, particularly into the early events following CMV infection of the developing brain, are needed. To reach this aim, we have designed and studied a model of CMV infection of the rat developing brain in utero. In this model, the postnatal manifestations seen in CMV-infected pups recapitulated several aspects of the human disease. Brain immune alterations were detected at the cellular and molecular levels. Recent past as well as ongoing experiments indicate that fetal microglia on the one hand, and a chemokine encoded by the CMV genome on the other hand, might play pivotal roles in neuropathogenesis. These findings might provide proof-of-principle towards the future design of approvable therapeutic options. 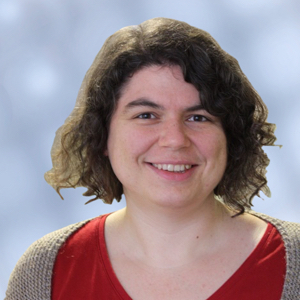