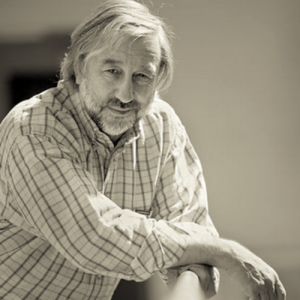 Dr. Hugo Van Heuverswyn is one of the pioneers in turning modern biotechnology into industrial applications in Belgium. He earned a chemistry degree in 1971 and a PhD degree (1978) under the guidance of Prof. Walter Fiers (Ghent University), in who’s laboratory he was one of the groups that succeeded for the first time ever to decode the primary structure of a complete viral DNA genome (SV40).

In 1979 Hugo established, together with Dr. Carlos Morel, the first DNA sequencing laboratory in Brazil, at the Oswaldo Cruz Foundation (Fiocruz) in Rio de Janeiro.

Soon after his return to Belgium in 1981 he was invited to set up Biogent, a Belgian subsidiary of Biogen SA (one of the very first biotech companies worldwide), to pursue the molecular cloning of TNF (Tumor Necrosis Factor) and other cytokines, a new class of biomolecules which at that time had just started to be discovered but soon revolutionized the field of immunology (fundaments for the present immune-therapy).

In 1984, when venture capital was still non-existing in Belgium, he initiated the creation of INNOGENETICS NV, the first local independent healthcare-related biotech company which was officially founded in 1985. In 1996 INNOGENETICS became the first biotech company to be listed on the newly created EASDAQ pan-European stock market. Hugo continued to serve as CEO of INNX till 2000 at which time INNX had grown to over 700 employees, had filed numerous patents and had put more than 50 highly innovative diagnostic products in the market.

In 2001 he founded BioMARIC nv, an independent privately-owned Belgian biotechnology company, predominantly focusing on detection and prevention of infectious diseases, which became one of the major providers of innovative biomaterials to the IVD/blood bank industry.

Also in 2001, Hugo initiated the BIPP project (Biotech Internet Procurement Platform), a Software as a Service (SaaS) platform, specifically developed for E-procurement process in the field of Life Sciences.

Hugo was Chairman of the Flemish Institute of Biotechnology (VIB) from its inception in 1995 till 2013 and during which period he founded (2003, together with Rudy Dekeyser) Flanders Bio, the association of Flemish biotech companies, where he is serving as a board member until today and is particularly involved in bridging the gap between academic and corporate R&D by facilitating the creation of thematic R&D consortia. To realize these goals Hugo actively contributed to the foundation of Academic Labs (2017), an R&D matchmaking and consortium-building platform in the field of Life Sciences.

In 2012 he co-founded Flanders Vaccine, a non – for – profit organization containing a diversity of stakeholders active in the field of infection and immunity, which is aiming to foster national and international collaborations in the field of vaccination and immunotherapy in order to stimulate the translation of basic research into clinical applications. Since 2017 he is preparing the creation of an international research consortium aiming at the validation and use of the pig as a model for translational preclinical R&D.