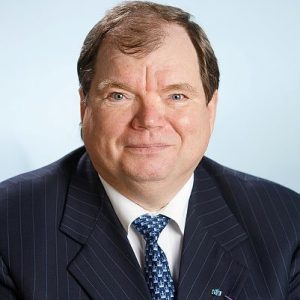 Andres Metspalu, full professor of Biotechnology and Head of the Estonian Biobank in the Institute of Genomics of the University of Tartu, was graduated from the University of Tartu in 1976 with MD, received PhD in 1979. He was as a postdoc at Colombia University and Yale University in 1981-1982. His main scientific interests are human genomics, genetics of complex diseases and population based biobanks and application of the precision medicine in health care. He has published more than 500 papers and chapters in international peer-review journals and books. H-index: 100.

From 1986 he was at the Estonian Biocentre as a scientific director and head of the laboratory of gene expression at University of the Tartu. He worked at EMBL, (Heidelberg), at MPI Molecular Genetics  (W-Berlin) and at the University of Hamburg. In 1993-1994 he was at Baylor College of Medicine, Houston, as a visiting faculty (Dept. of Human Genetics with Dr T. Caskey) and 2000 at IARC, France as a recipient of the International Visiting Senior Scientist Award and spent a short sabbatical at the University of Lausanne in 2012.

From 1996 to 2008 he was also the head and founder of the Molecular Diagnostic Center of the Tartu University Hospital. Metspalu is the past (2006) president of the European Society of the Human Genetics (ESHG). He is one of the founders and directors of the P3G Consortium of Biobanks (Montreal) and BBMRI-ERIC. 2010 he elected to the Estonian Academy of Sciences.

He has supervised 25 PhD theses. He is serving in several national and international committees, editorial boards and has received among other awards and honours the Order of the Estonian Red Cross 3rd Class and L’Ordre des Palmes Academiques from the Republic of France. From 2010 he was awarded Doctor Honoris Causa from Vilnius University.